On a islet in Svartån in Örebro, the city’s castle, Örebro castle. The place where the city of Örebro now lies was already an important center in the area in ancient times because of the strategic location on the river. An bridge was built early over Svartån and became a significant link between the villages north and south of Hjälmaren.

In order to protect this important passage and the society that grew up there, during the latter part of the 13th century, a fort was built on the islet in Svartån. It consisted of a ring wall around a rectangular courtyard with a powerful defense tower in the southwest corner. This was Örebro House which would later become Örebro Castle.

Örebrohus was besieged in 1434, 1501 and 1521. During that period, Sweden was in union with Norway and Denmark. The siege of 1434 was part of the great uprising against Union King Erik of Pomerania. The uprising was led by Engelbrekt Engelbrektsson. In August 1434 he stood with his rebel army outside Örebrohus. It was the last castle the king controlled in the country. After three weeks of siege, Engelbrekt offered the bailiff $ 1,000 if he gave up. The bid was passed and Engelbrekt became the mayor.
Örebro House becomes Vasa Castle

Örebro House was one of Gustav Vasa’s citizens. Here he held meetings and parliamentary days. With Örebro Riksdag in 1540, the succession was put into practice. (It was formally decided at Västerås Parliament in 1544 and established in Strängnäs in 1547). Thus, the throne was inherited instead of, as before, the king was elected. Gustav Vasa’s youngest son Duke Karl, who would later become King Karl IX, inherited Örebro’s house after his father.

In 1573 he initiated a large building project that transformed the castle into a Renaissance-style Vasa Castle. The planning solution was similar to other defense facilities at this time. Four round cannon towers with intermediate castle tubes enclosed a rectangular courtyard.

During the years 1581-1602 the work was intensive. At that time, the farmers drove a total of 45,713 loads of bricks from Hällabrottet, two miles from Örebro. They also supplied lime, bricks, and timber. During the construction peaks, approximately 100 people were constantly employed; blacksmiths, stonecutters, copper butchers, carpenters, glassmasters, weavers, cookers and butchers. Four royal barns were required to keep everyone with food. Karl IX visited the castle some 20 times. When the castle was completed in 1627, the king was dead.
The castle is due

After the king’s death, interest in the castle diminished. At the end of the 17th century, it was uninhabitable and was used as a weapon supply and prison for prisoners of war. In 1738, the walls of the northeast tower collapsed – Örebro Castle expired.
The Defense Guarantee takes on a new function

In the middle of the 18th century, the castle was given a classic look. The round towers were covered with iron sheets. The castle’s windows were adjusted symmetrically according to the Baroque ideal. The soapstone window posts were replaced with new wooden “and in it new putty windows”. The walls were repaired and plastered in a pale yellow color. Three of the four surrounding embankments are demolished.

After 400 years as a defense castle, the castle was opened to the city. The castle is given a new function as residence for the governor of Örebro county.
Örebro Riksdag and Jean Baptiste Bernadotte

On August 21, 1810, Parliament was to be held in Örebro. The purpose was to appoint the king’s throne followers and Stockholm was too worried. Parliament was held in the Nikolaik church but Karl XIII did not participate. He lay ill and was told who was chosen for his “son” by the sick bed in the residence’s bed room. Followers of the throne were Jean Baptiste Bernadotte of France, one of Napoleon’s field lords. As Crown Prince he was given the name Karls Johan. In 1812 Parliament was again held in Örebro and Karl Johan now visited the city and the castle for the first time. The residence was then partially renovated.
The castle of today is taking shape

From 1897-1901, the castle we see today was created, a Vasa castle in a romantic historical style. The walls of natural stone were removed, the south-west and the north-west towers were raised. Stones from the area were cut into new portals, including with a model from Vadstena castle. The drawings for the conversion were done by architect Thor Thorén. To mark the castle’s medieval defense tower, a staircase-shaped gable was built on the facade to the west.

During the 1990s, the two upper floors of the castle were restored under the direction of architect Gunnar Mattsson. In order to recreate the Renaissance character of the interiors. He also designed the reconstruction of the north-west tower, which in 2001 opened for exhibition.
Behind the castle’s 269 windows

Four lengths on six floors, a loft and basement, and four towers – all behind 269 windows. Today, the castle has several different tenants. In addition to the residence, Örebro Castle is a well-visited attraction with many opportunities for experiences. Here you will find exhibitions, guided tours, shop and restaurant. 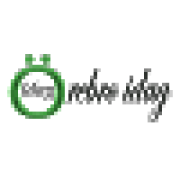